The conference will be held at Jussieu university campus, from Monday, November 4th to Friday, November 8th 2019. Save the date!

The International Conference on Ionic Liquid-based Materials is devoted to fundamentals and applications of these dense ionic solvents of materials design for a vast amount of applications covering the fields of electrochemistry, synthesis, catalysis, energy storage, biomolecular applications, photonics and so forth.

As stablished in the last ILMAT edition, the Ruth Marion Lynden-Bell Award will recognize one of the best life trajectories on ILs research.

The conference aims to bridge the gap between fundamental, theoretical and experimental research on room-temperature molten salts to industrial applications, bringing together researchers from academia and industry from all over the world and promoting scientific discussions and collaborations in a vibrant scientific and social atmosphere.

Participants are invited to submit their presentations (both oral and poster) for publication in a ILMAT-5 special issue of the Journal of Solution Chemistry.

The program is online!

Join the discussion and regularize your registration. 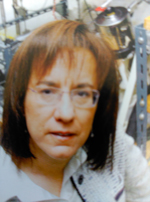 Josefa Fernández is Head of the Thermophysical Properties Laboratory (integrated in NaFoMat group in 2016) since 1992. Supervisor of 16 Doctoral Thesis. 196 publications in international refereed Journals in the areas of Thermodynamic and Transport properties, Tribology, Materials, Chemical Physics, Chemical Engineering and Nanomaterials. Main researcher of 12 funded national projects and two joint French-Spanish actions on the searching on new working fluids, thermal fluids, hydraulic fluids, ionic liquids, nanofluids or lubricants in refrigeration systems, wind turbines and other machinery for the generation of renewable energies and automotive components. Responsible in the USC of a strategic and singular project granted by the Spanish Government on the use of biodegradable lubricants in wind energy and agricultural machinery with six industrial partners and Chair of an IUPAC project. Dissemination Manager of COST Network on Ionic Liquids and of the Management Committee member of the COST NANOUPTAKE on nanofluids. Board Member of Thermodynamics and Transfer Process, B1 of the International Institute of Refrigeration, International Association Transport Properties IATP, International Association Chemical Thermodynamics IACT, and of the International Organizing committee (IOC) of European Conferences on Thermophysical Properties and International Union of Applied Chemistry (IUPAC) member. 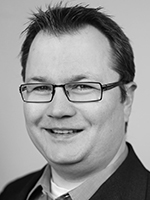 After receiving his PhD at the Max Planck Institute for Biophysical Chemistry in Göttingen (Germany) in 2003, he accepted a postdoctoral position at the University of Vienna (Austria). In 2006, Christian Schröder started his independent research career focusing on the evaluation of the bulk behavior of ionic liquids and the development of polarizable force fields to reproduce experimental spectroscopy data from MHz to THz. In 2012, he finished his habilitation thesis on « Computational Studies of Molecular Ionic Liquids ». From 2013 to 2017, he was appointed as working group leader of the European COST action CM1206 responsible for « Physicochemical Properties of Ionic Liquids and their Modelling ». Christian Schröder’s current research interests are based on computational spectroscopy including NMR, dielectric and THz spectroscopy to study solvation behavior with a particular focus on neoteric solvents such as ionic liquids or their solutions. 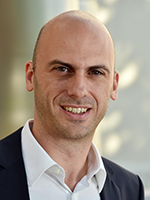 Andrea Balducci is Professor for “Applied Electrochemistry” at the Institute for Technical Chemistry and Environmental Chemistry and at the Center for Energy and Environmental Chemistry Jena (CEEC Jena) of the Friedrich-Schiller University Jena, Germany. He is working on the synthesis, characterization and application of ionic liquids suitable for energy storage devices. Prof. Balducci is authors/co-author of more than 120 peer reviewed articles. 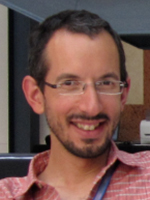 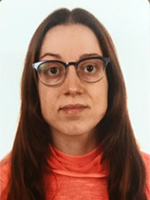 « Performance of Ionic Liquids and Microporous Carbon Electrodes for Supercapacitors »

Trinidad Méndez received her PhD at the University of Santiago de Compostela (Spain) in 2015. From 2015 to 2018 she worked as a postdoctoral researcher at the Commissariat à l’énergie atomique (CEA – Saclay – France).

Since 2018 she has a postdoctoral position at the Sorbonne University (Paris), where she is working on simulations of electrochemical systems with a particular focus on nanoporous electrodes and « water-in-salt » electrolytes. 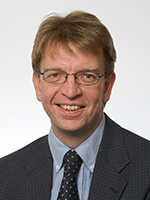 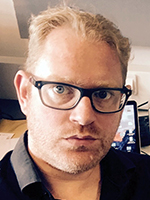 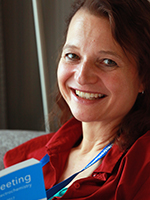 Prof. Kirchner’s research focus is on Quantum cluster equilibrium model, Ab initio and traditional molecular dynamics simulations, Solvents and solvent effects and the Development of tools for analyzing and visualizing trajectories. She is the author of more than 209 papers in peer-review journals. 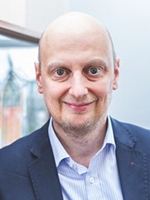 Peter Nockemann is Director of Research at the School of Chemistry & Chemical Engineering at Queen’s University Belfast. He obtained his PhD from University of Cologne in 2002 and was until 2008 as a post-doctoral researcher at the KU Leuven, Belgium. He moved in 2008 to Queen’s University, Belfast as a lecturer, became senior lecturer in 2016 and was in 2019 appointed as a Full Professor and Chair for Inorganic Chemistry at QUB.

He is also the co-founder and director of QUB award-winning spin-out company Green Lizard Technologies Ltd., which focusses on delivering technological solutions in the sustainable and clean energy sector. As a co-founder and director of Seren Technologies Ltd. he is involved in the knowledge-transfer of a new technology to recycle rare-earth metals. 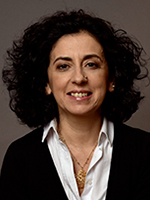 Titre of the invited presentation:

She has been active in the broad field of Green Chemistry, in particular on the study of ionic liquids and ionic liquids-based materials, for more than 15 years. Most of her work is established at the edge of chemistry, chemical engineering and material science fields and encompasses topics such as development of green solvents and functional materials, understanding of solvency and selectivity processes and design of efficient separation processes.